Why Does Dog Lick You? 7 Reasons Every Pet Owner Should Know 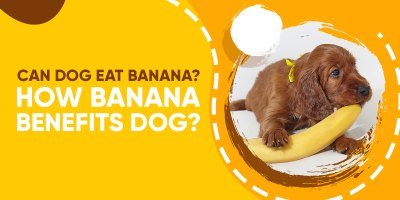 Dogs lick their owners for many reasons. For example, they lick you to show affection or strengthen their bonding with you. Occasional is fine, but constant licking can frustrate dog owners. When dogs lick owners, they release endorphins, and it helps them to calm themselves. Overall, it is an instinctive behavior, and dogs learn it from their mothers. But still, the question is, why does dog lick you? Do you want to get the answer? If yes, keep reading because we’ll share the reasons behind them here.

Why Do Dogs Lick You? – 7 Possible Reasons

There can be other reasons as well but we feel that these are the 7 possible reasons.

When a dog licks you, there is a strong possibility that they’re trying to show their love. Dogs lick their owners and other dogs to show love. Some pet owners call it ‘kisses.’ Dogs learn from their mothers because they got affection from their mothers when they were puppies.

Dogs prefer to lick your face, but if they can’t get there, they’ll lick any part that is easily accessible to them. It can be hands, feet, legs, or arms. All dogs don’t do it equally. For example, some dogs will lick more than others, and others will do less. So, if your dog licks less, don’t feel that they’re less affectionate.

As mentioned at the start, these are the possible reasons you’re never sure about the exact reason for this behavior. If the licking isn’t bothering you, don’t stop your dog from doing it to you. Otherwise, it can lead to behavioral issues. The best practice is to learn about the reason behind licking.

Another possible reason why dogs lick you is to get attention. When dogs lick, you start laughing, petting them, or smiling. So, dogs use this tactic to get your attention. They do this when they’re bored or feel lonely. Remember, negative attention can also encourage licking behavior.

When you get back home, dogs get excited. They want to welcome you. So, dog licking can be a way of greeting you. They do this to other pack members as well when they return home. So, it’s a common and natural thing.

Dogs get this licking behavior from their mothers. Therefore, they instinctively do it sometimes. There might not be any other reason for licking, but they might lick you because it’s their instinct.

Another reason why a dog lick you is because you taste good to them. For example, when they lick you, they find that you have an intriguing human taste that is salty. Dogs will keep licking you if they find it interesting. More importantly, they do this to explore the world, and being a dog owner; you’re also a part of the world for them.

It happens rarely, but it can be a possible reason. Dogs suffer from it due to prolonged anxiety and stress. When dogs suffer from this disorder, they lick humans, objects, and surfaces they contact with. In this case, you should consult your vet to get better suggestions.

The vet may suggest medicines to get rid of anxiety and stress. Moreover, you should spend time with them, train them, and play with them because only the medication will not help.

The last reason is to show empathy. For example, dogs can understand their owner’s emotional states. They have a remarkable ability to respond to human attention. Moreover, they can interpret emotions. When dogs feel that you’re upset, they’ll start licking you to divert your attention and make you feel happy. Dog licking can make their human companions happy and comfortable.

How to Stop Your Dog from Licking You?

Now you understand the possible reasons. The next most important step is to figure out how to stop this behavior. As mentioned at the start, occasional licking is fine, but when dogs start to do it excessively, you should consult your vet to find the medical issues. But you can try the following tips to stop them.

Dogs lick you to get your attention. Even they’re happy with negative attention. So, when they lick you, please don’t respond to them. The best practice is to leave that place. As a result, they’ll feel that now they’re not getting what they need.

When they start licking you, distract them with a puzzle or trick training. Ask your dog to sniff puzzle toys. This practice can divert their attention, and they’ll quit licking sooner or later. But be consistent so that they can learn that you don’t want them to lick you.

3. Set Boundaries and Be Consistent

When you allow your dogs to lick you when you’re in a good mood and stop them other times, it will confuse your dogs. It will take time for your dog to get used to these boundaries, but they’ll get used to them sooner or later. Train your dogs to hug you or speak on cue to show affection.

We have shared the possible reasons why do dogs do this. If you’re enjoying this behavior, you can let them do that. Otherwise, you can try the tips mentioned above to stop your dog from licking you. But don’t be rude and stop this behavior politely and professionally.

dogHow to Stop Your Dog from Licking Youwhy dog licks you

Training-Grooming-Diet For Your Pet Buddy In Every Age

Hop in to learn and explore exciting things you should know about your pet. Training, diet, and grooming help with it all. Understand your non-speaking furry buddy's needs, and see how you can offer them a better living.

Disclaimer: Articles on this blog contain affiliate links that we receive a small commission from at no cost to you. We only recommend tools we trust.